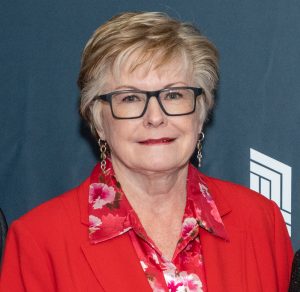 She is a member of the Editorial Committee for Family Business for Trusts & Estates magazine and an Advisor to the Drucker Global Family Business Institute at Claremont Graduate School. She also facilitates the Women’s CEO Affinity group at CSUF; Family Business Center and is an Advisory Board member for Alzheimer’s Orange County and serves on the Audit, Compensation, and Investment committees. She was former Co-Chair of The Center for Investment and Wealth Management at UCI, on the Executive Committee and on the Advisory Board of Paul Merage School of Business at UCI.

Ms. Soldano is President and Chairman of Policy and Taxation Group, (www.policyandtaxationgroup.com) which she founded in 1995, after one of her “families” experienced a death of both daughter and mother and realized that no one was educating legislators about the destructive effects of the gift, estate and generation skipping tax on families, businesses and the economy. The organization encourages estate tax reform/repeal through bipartisan outreach to members of Congress with personal visits from Ms Soldano as well as assistance from Frank Luntz, Squire Patton Boggs and Brownstein, Hyatt, Farber Schreck LLP. Ms Soldano has testified before the Ways and Means Committee for the Congress of the United States on the need for estate tax repeal and speaks nationally on the need for estate tax reform.

Pat Soldano is also President and Chairman of Family Enterprise USA, (www.familyenterpriseusa.com) , a not-for-profit organization, founded in 2007, that is dedicated to promoting family businesses and their economic growth in the US through national education and advocacy in Washington DC.

Ms. Soldano received her MBA from Claremont Graduate School and her BA in Business Administration from California State University, Fullerton. A recognized speaker on the topic of family wealth, she has been published in Trusts & Estates magazine, Private Wealth, The Washington Post, Forbes, Wealth Manager magazine, IMCA, and other newspapers and periodicals. She has been a presenter at national conferences throughout the United States, including IMCA, AICPA, Family Office Exchange, Institute for Private Investors (IPI) Forum, FFI, Lido Consulting, and many regional family office and family business forums.